During the mating season, moor frog males turn blue for a short time 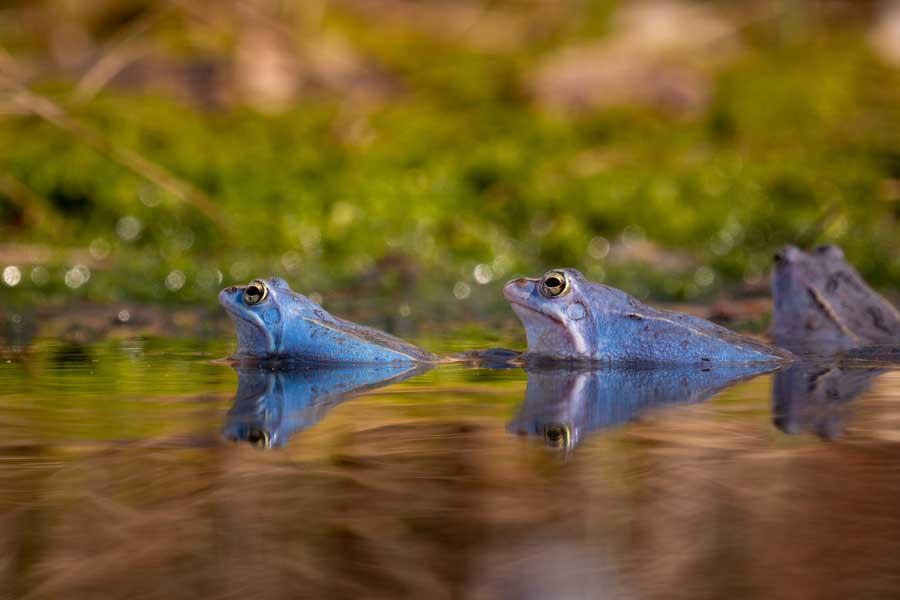 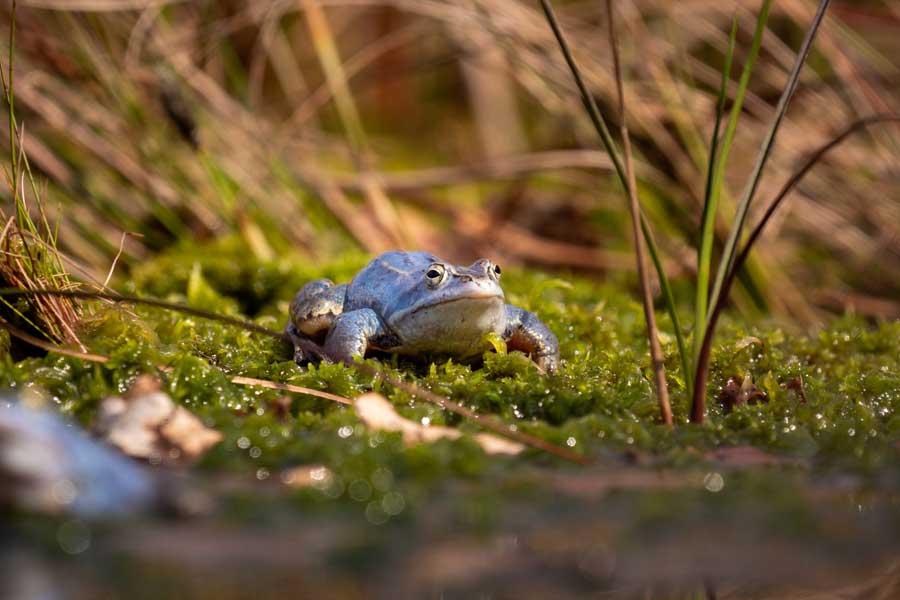 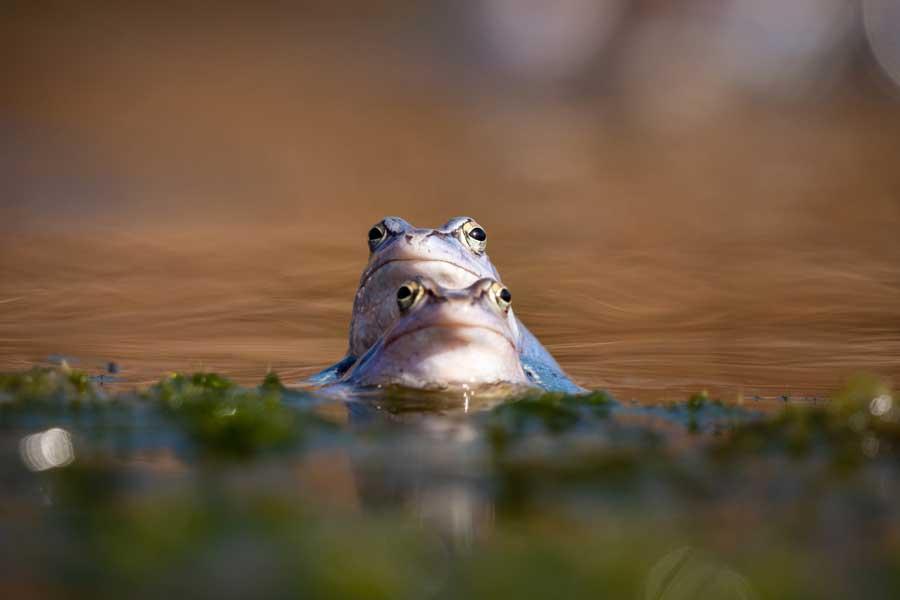 For moor frogs,
the mating season has started.

The males turn blue
– a nature show that you should not miss. Every year thousands of visitors flock
to the bogs of Lüneburg Heath for this natural spectacle.

In March and April, you can experience a
truly blue wonder at "Pietzmoor"
near Schneverdingen in Lüneburg Heath Nature Park, at "Schäfermoor" in Südheide Nature Park, and in the NABU Biotope near Molbath in Uelzen
district.

It
is the mating season of the protected moor frogs (Rana arvalis), which find ideal living conditions in both bogs. The
special feature of mating frogs' mating season is the almost complete blue colouration of the males to increase their attractiveness
to the female.

This
may be the only time in nature that the females are delighted when the males
are blue. But beware: the frogs are only active in the sunshine.

What distinguishes the blue moor frog?

The moor frog belongs to the genus of "real frogs" with a size of 5-6 centimetres. On the upper side, both the male and the female are usually light brown to dark brown. The body is quite slim and the frog mouth is short and pointed.

During the spawning season in March and April, the moor frog males change their appearance. They take on an intense blue colour with increasing courtship activity to impress the females. This blue usually lasts only a few days.

Moor frogs' mating call is like a "blubb" of an empty bottle kept under water. Normally, several males gather in shallow water to form a frog chorus. The frog concert can be heard during the day and at night. Moor frogs are loud, especially in sunshine. On average, a moor frog lays about 500 to 3,000 eggs during spawning time.

Bogs in Lüneburg Heath – ideal for the moor frog

The moor frog is only found in some parts of the North German lowlands and is now an endangered species. It needs habitats such as protected bogs, which it finds in Lüneburg Heath.

Where are the natural sites of moor frogs in the Lüneburg Heath?

Pietzmoor near Schneverdingen in Lüneburg Heath Nature Park is only one of the homes of the rare moor frog in Lüneburg Heath. A 5.5-kilometre circular walk on boardwalks leads you through Pietzmoor. From the planks you can watch the blue moor frogs and take pictures in March and April.

Schäfermoor in Lutter Nature Reserve in the heart of Südheide Nature Park is another home of moor frogs in Lüneburg Heath.

A visit to Schäfermoor can be combined perfectly with a bike ride because the moor area is a nature station along the Lutter cycle path (south tour, about 31 km).

Moor frogs can also be spotted in the nature reserve built by NABU near Molbath. From the observation deck in the reserve, not only can the frogs be observed, but – with a little luck – also herons, cranes, and birds of prey. From Uelzen, Suhlendorf, and Rosche, sign-posted cycling tours pass the reserve (the "Heidekartoffeltour", "Über die Dörfer" tour, and "Kranichroute"). 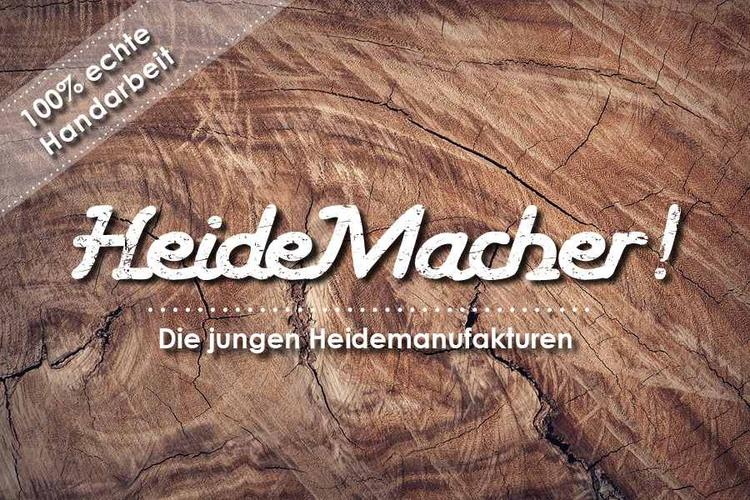 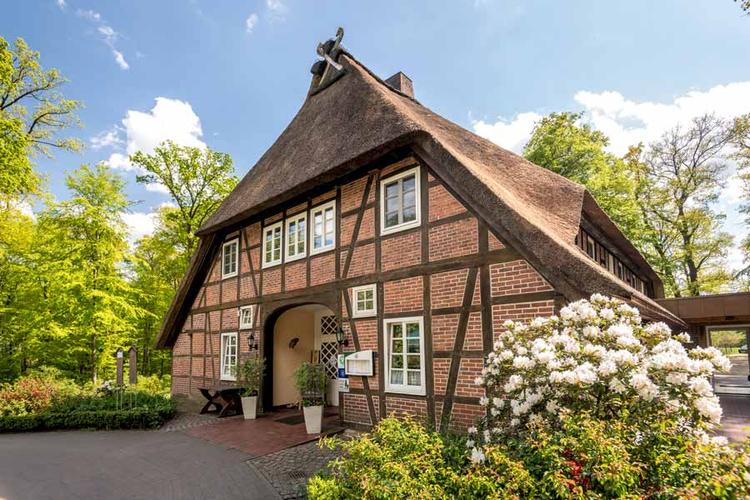 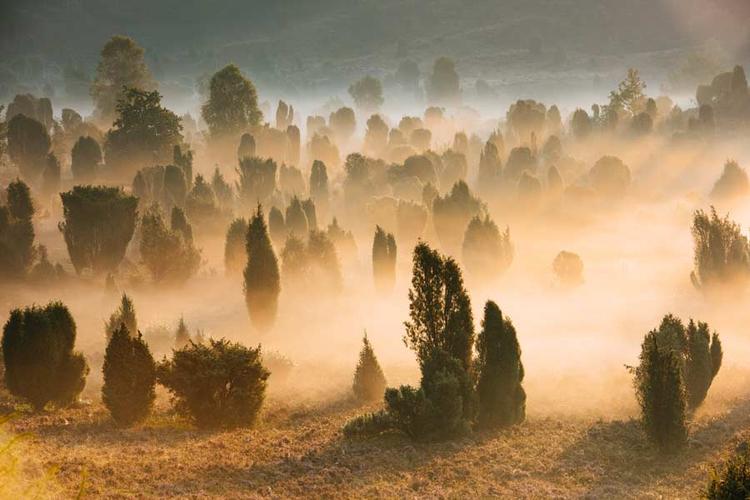